Extensive geothermal activity is one of Iceland‘s most distinctive features, with geothermal areas covering more of this country than any other. In fact, geothermal heat is known to be present at over 700 Icelandic sites. We were choosing 10 of the best pools, from the most accessible ones to the most remote but really worthy to try ones.

Ever since the settlement, Icelanders have used geothermal water for washing and bathing. This is often mentioned in the sa­gas, with the most famous instance probably being that of Snorri Sturluson at Reykholt, in Borgarfjör›ur, West Iceland. Snorri, who was a productive saga writer, enjoyed relaxing in the hot water and discussing the topics of the day, just as people still do in hot tubs at modern swimming pools all around Iceland.

At several places in Iceland, it so happens that geothermal water collects naturally at comfortable temperatures for bathing. In other places, people have come to nature’s assistance to obtain the right temperatures and amount of water. Finally, in modern times many special swimming pools, hot tubs, etc. have been constructed. Therefore, it is often difficult to distinguish which pools are natural and which are not. For instance, there was no geothermal activity at the surface when construction started on the Blue Lagoon. Its water is pumped up out of drill holes and the surroundings are entirely designed by people. Those places are categorised as spas.

At Reykir farm, in Varmahlíð, there are two small pools named Grettislaug and Jarlslaug. Grettislaug is named after Grettir the Strong and Jarlslaug after Jon Eiriksson, the ‘Earl of Drangey’. According to the Icelandic Sagas, Grettir was the strongest man and an outlaw in the same time, who lived on Drangey island. According to the legend, he swam all the way from Drangey to the western shore of Skagafjordur and after he bathed in a hot spring. The temperature in the pools is around 39 °C but can vary dependent on weather. The pools has showers and changing facilities. GPS coordinates : 65.87986 -19.73886

Hellulaug geothermal pool is located in Vatnsfjörður Fjord, on the the southern shore of the Westfjords. The sagas say that the first settler in Iceland stayed for a winter here, in Vatnsdalur. This little pool is about 3-4 metres diameter, 60 cm deep and the temperature of the water is around 38 °C. It doesn’t have a place to change or to take a shower but is a very delightful hot pool with beautiful views. You cannot see it from the road, but above the pool is a parking lot and from there it starts a path down to the ocean. Few hundred meters away is also the camping site Flokalundur. The ferry arrives from Stykkishólmur not far away from here, in Brjánslækur. GPS coordinates : 65.57728 -23.15965

Hörgshlíðarlaug is a man-made thermal pool ,located in the Westfjords by road no 633, near the sea. The pool is privately owned by the farmers at Hörgshlið, 2 km away, so you have to pay the owners a visit before you go to the pool. GPS coordinates : 65.84360 -22.67947

Hveravellir geothermal pool is located in the central highlands of Iceland, between Langjökull and Hofsjökull glaciers. In order to get here you will have to drive the beautiful Kjolur route (F35) either from Gulfoss waterfall in the south or from Blondudal, in the north part of the country. The total length of Kjolur road is 200 kilometres and the geothermal pool is a little bit closer to Gulfoss, 90 kilometres distance. Hveravellir, with its boiling water holes and smoking fumaroles, is a nature reserve and one of the last preserved wilderness area in Europe. The surroundings are breathtaking and spectacular, no matter the season. The size of the natural pool is quite generous, offering space for more than 20 people at the same time. The temperature varies according to the weather, between 19 and 39 degrees. This pool doesn’t have any changing facilities but will all these it is worthy to try it, especially if you stop here after one day of hiking or horse riding. In this area you can enjoy some of the hiking trails or you can visit a huge lava filed called Kjalhraun. GPS coordinates: 64.76623 -19.55380

Kerlingarfjöll geothermal pool is man made and it appeared as a result of several attempts to drill for hot water in the vicinity of the hotel. The pool is located in Asgardur gorge and a well marked path that follows the river will take you there. The path starts from the hotel and camping site area and the little hike there it makes the experience ever more worthy. There are no changing facilities for this pool. While being around, you must see Hveradalir (the valley of Hot springs), one of the largest geothermal area in Iceland. GPS coordinates: 64.67358 -19.29342

Klambragislaug is mostly known as “The hot river” from Reykjadalur valley. Reykjadalur, The Steam Valley, is located in Hveragerdi, only 45 km away from Reykjavik. The approach to the capital area makes it a very popular destination for the tourists who love both hiking and bathing and want to combine them in a one day trip. In order to reach the bathing place you have to hike for about 45 minutes-1 hour. The trail starts in the parking lot and is marked along the way. We advise you stay not the path, as the nature is very sensitive. The valley is filled with boiling hot springs, fumaroles and mud pools, making the scenery a spectacular one. Once you arrive at the bathing spot, you will see a wooden pathway along the river, where you can let your belongings. There is no changing facilities but you have some wooden walls that give you a certain privacy when you change your clothes. The temperature of the water depends on the weather and keep in mind that further you go against the stream, warmer the water it gets. GPS coordinates: 64.04858 -21.22253

Kvika is a geothermal footbath, possibly the smallest and cutest hot pot. It is located on the seacost, at the rocks called Kisuklappir, in Seltjarnarnes, on the way to Grota Lighthouse. It is actually a sculpture and it was designed by Ólöf Nordal and erected in 2005. GPS: 64.16238 -22.00827

Pollurinn is a hot pool with a very nice view over the fjord, located very close to Talknafjordur town, in Westfjords. Near the pool it is a small cabin, serving as a changing facilities. GPS coordinates: 65.64908 -23.89448

Víti, translated by “hell”, is an explosion crater and is located in the highlands of Iceland, northern side of Vatnajokull glacier. On the bottom of the crater is a lake (150 metres diameter) filled with geothermal, sulphurous water, where people can bathe. The temperature of the water is around 25-30 degrees. Bathing here after you hike down the crater is very rewarding. Be aware that the path can be quite slippery when is rainy weather. Near Víti is Öskjuvatn, the lake that fills Askja’s caldera. This is the second deepest lake from Iceland, after Jökulsárlón, the glacial lagoon. Both Víti and Öskjuvatn were created after a volcanic eruption which took place in 1875. GPS coordinates: 65.04708 -16.72347 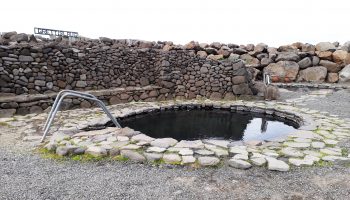 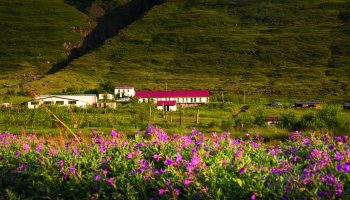 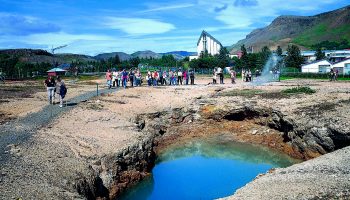 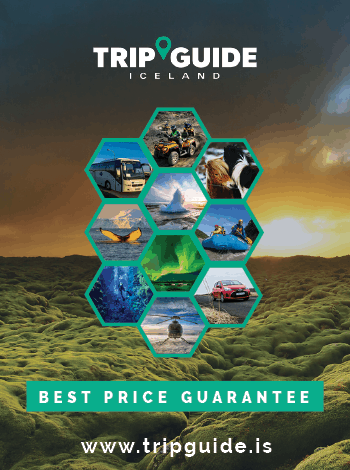 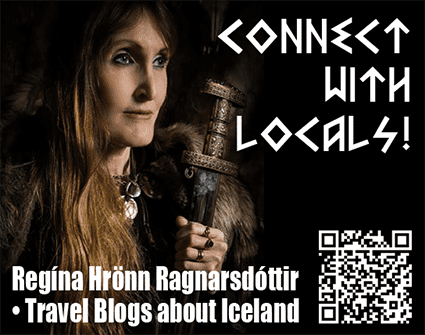 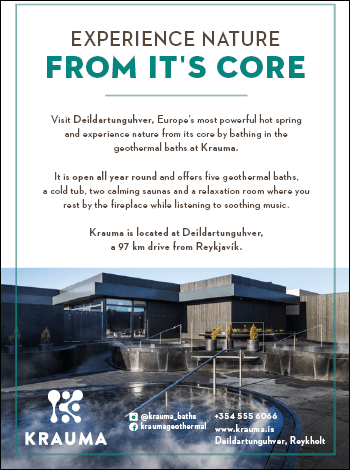 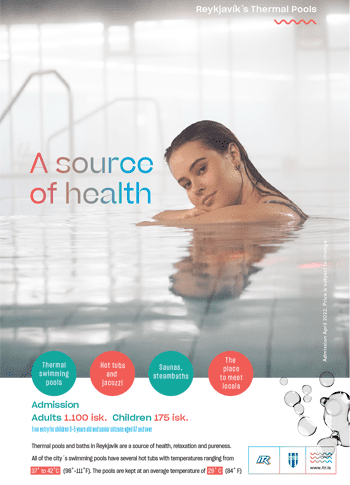 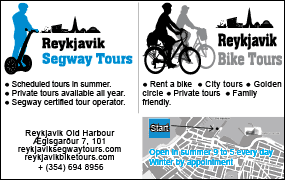 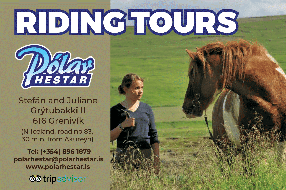 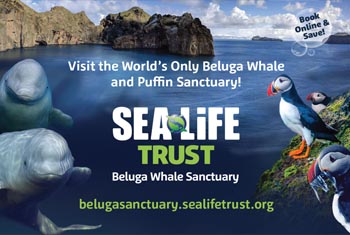 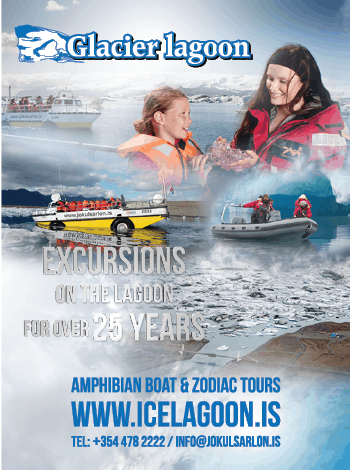 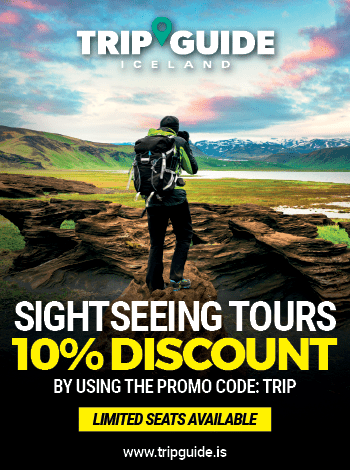