About Dramatic Art in Iceland

Dramatic Art in Iceland has developed rapidly over the years with different theatres showing a variety of productions. From the professional National Theatre of Iceland in Reykjavík to the more humble shows of The Freezer in Rif, the world of theatre is thriving. There are around twenty professional theatres in Iceland and a host of drama societies dotted all over the country.

The Reykjavík City Theatre is the oldest playhouse in Iceland, dating back to 1897. In those days, it was a small wooden building, used by the Reykjavík Theatre Company. Today it is a high-tech theatre complex comprising 4 stages and showing approx. 13 new productions annually. These include big musical shows such as Rocky Horror Picture Show to experimental productions on a smaller stage. You might also come across the internationally acclaimed Vesturport in collaboration with the Reykjavík City Theatre or the National Theatre where they often originate their work before hitting the world stages.

The National Theatre of Iceland, opened in 1950 and thus created a professional acting platform. It is a veritable edifice of a building mirroring the architect’s vision of it being the Palace of the Elves where humans enter by chance, into a world of beauty, song and dance. This theatre has five stages, with the Main Stage seating an audience of 500.  The National Theatre provides a platform for Icelandic playwrights to show their works.  A mixture of classics, musicals, dance repertoire, children’s theatre and new works are staged throughout the year.

Icelandic theatre does not forget visitors and there are often plays about Icelandic life or history written for tourists and performed in English. Popular plays at the moment are “How to become Icelandic in 60 minutes” and “Icelandic Sagas The Greatest Hits” shown at Harpa.

Tjarnabío is the home of independent theatre in Iceland. The theatre hosts plays, concerts and other events in a beautiful renovated historical building dating back to 1913. Some of the performances shown here are in English.

Landnámssetur or The Settlement Centre in Borganes, West Iceland, has reawakened the Icelandic tradition of storytelling by holding productions of various personae from the Sagas in a unique setting. Grettir-the-Strong, Auður-the-Deep-minded, Egil Skallagrímsson and Brák have all enjoyed centre stage in this historical centre.

Drama societies and amateur theatres are dotted all over the country bringing live theatre and dance to local audiences.  One particular success story is The Freezer in Rif, Snæfellsnes.  Housed in an old fish factory, this dynamic international theatre group, led by Kári Viðarsson, has enlivened the area with award-winning comedy, drama and history, performing self-written works with personal conviction.

Comedy Theatre is the first theatre in the Westfjords and was founded in 1997. This theatre hosted more than 40 plays and the focus was on solo performances. Their most popular plays are based on popular Icelandic sagas and have been performed in many countries.
Act Alone, a theatre festival dedicated to monodrama is held every year in Suðureyri in the Westfjords of Iceland and the plays showed here are both local and from abroad.

The acting talent of Icelanders can be realized fully when the annual Þorrablót festivities are held in February. Most villagers will celebrate this time of year by holding an evening of entertainment where locals create skits of the past year’s events in their town.  These evenings are the highlight of winter, providing mirth and merriment in the darkest hour.

Find here more information about the history of Icelandic theatre. 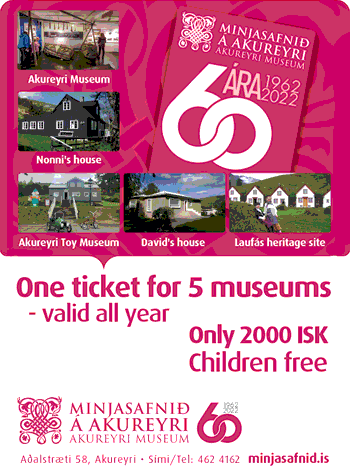